In our continuing series about plants and the mediterranean climate we profile our local California climate.

As a state California has an extremely diverse natural landscape. Its mediterranean climate extends inland from the Pacific Ocean to the foothills of the Sierra Nevada. It is these two influences that have the largest effect on California’s climate as whole. It should be noted that some people classify the extent of the mediterranean region of the west coast to extend through Oregon and Western Washington. These areas while receiving differing rainfall patterns also have predominantly dry summers, and it is feasible to group them into this mediterranean region.

Quercus– This species of over 600 plants is native not only to the mediterranean regions of California, but also to a variety of other climates, including the Mediterranean itself. Plants consist of evergreen, semi-evergreen or deciduous trees and shrubs. They can range in height anywhere from 3 feet to 120 feet depending on species and conditions. Leaves tend to be well adapted to mediterranean climates and are often tough and leathery. In California many species are intolerant of summer watering, and make up a considerable portion of woodland habitats. They have deep spreading roots and generally have large spreading canopies. Flowers are insignificant, although acorns provide food for wildlife and were traditionally used in California as a source of food. 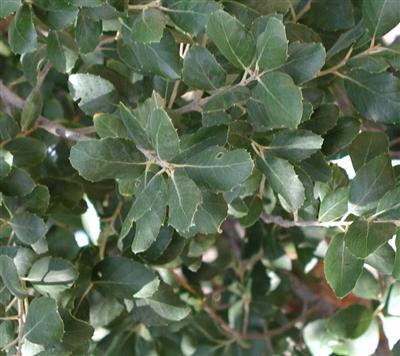 Arctostaphylos: this genus consists of over 50 species, of evergreen shrubs including two rather rare small trees. These are tough plants with adaptive woody stems, leathery leaves and small clusters of white or pink, bell shaped flowers. The round leaves are oriented vertically to avoid sun drying and sunlight. Small reddish fruits appear in summer. They do best in full or partial shade and are fairly drought tolerant. Manzanita attributes for a considerable portion of California chaparral communities and is not exclusively native to mediterranean climates. 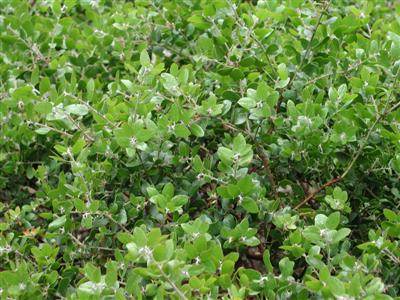 Eschscholzia– A relative of the poppy, the most commonly found California poppy is the state flower of California. It has large petaled flowers and intense orange or yellow blooms. A variety of other colors are available as a result of hybridization. Foliage tends to be fine and carrot like. Generally plants are small and grow up to a foot high and slightly narrower in spread. They are highly drought tolerant and adaptive to California’s mediterranean climate. They also naturalize readily under proper conditions, and have a somewhat wild, rustic character to their habit of growth. 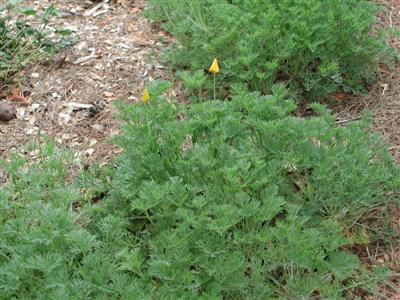