Kyoto the historical capital of Japan (prior to the move of power to Tokyo in the 19th century), is a striking city full of history and captivating gardens. One of the best preserved major cities in Japan (surviving World War II), it features a wealth of shrines, temples and gardens.

The Silver Pavilion, or Ginkaku-ji, is one Kyoto’s most famous temples and houses one of the city’s greatest gardens. The striking piles of raked and formed mounds of gravel and stone are wonders to behold. The Silver Pavilion itself is a rare original example of architecture from its period. Often temples and shrines were burned by feuding Shoguns and many have been reconstructed numerous times.

The entrance to the temple complex features a two story Camellia hedge, precisely clipped and indicative of the meticulous nature of the gardens inside. Once inside the Karesansui forms are like nothing else in the gardens of Kyoto. The craft here is amazing, and the raked gravel takes on an appearance of solid mass that should be impossible. 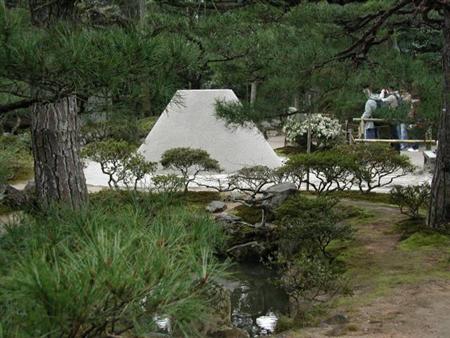 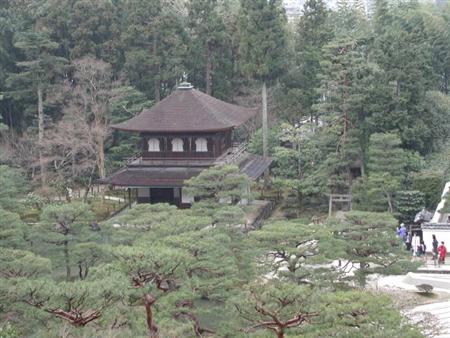 For More:
Details from Wikipedia
Jgarden.org index of Japanese Gardens