From time to time I will expound on some influential landscape designers in our “Masters” Series:

Lawrence Halprin is one of the most distinguished modern landscape architects. His scope of work and ability to capture the public imagination with his parks and projects made him as close to a household name as a landscape architect could attain. He is known for may great projects, including his groundbreaking integration of development and nature at Sea Ranch, and for the FDR Memorial in Washington D.C.

At 88 he continues to be active, recently consulting on George Lucas’ the new Letterman Digital Art complex. (Also read his recent opinion piece on the Golden Gate Bridge in the SF Chronicle) His San Francisco resume alone is impressive, with works along the Embarcadero including Levi Plaza, involvement in selecting and developing Justin Herman Plaza, and a redevelopment of Ghirardelli Square.

A most captivating signature element to many of these projects is Halprin’s fountains. Many of these are inspired by natural streams and water flow from areas such as the High Sierra. As Halprin writes, “I believe not only does form equal process in nature, but also think that we derive our sense of aesthetic from nature… I view the earth and its life processes as a model for the creative process.” (1)

Three standouts of Halprin’s fountains that I have visited, Levi Plaza in San Francisco, Freeway Park in Seattle, and the Ira Keller Fountain in Portland, clearly show these natural influences. Each Halprin fountain seems to be related, variations on a theme. Large slabs of concrete, that gray over time to look like stone. Man made geometric pieces that use the magic of water to transcend into something natural.

Like most aging public projects, especially fountains, many of Halprin’s works are being threatened with removal or redevelopment (Portland, Washington State Campus, Denver, Virginia). Should you get a chance to visit one of these features, with the water turned on and running, you can appreciate some of Halprin’s genius for creating a bold statement. 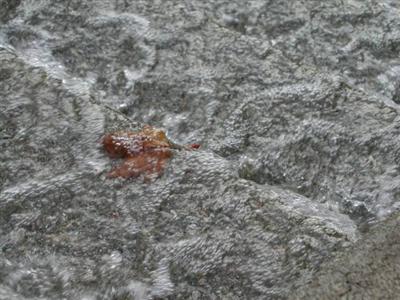