I have been riding my bicycle from home to work this week. It is about a 10 mile ride each way from San Rafael to Novato. A few things struck me. First, and this is true of walking as well, biking through a neighborhood gives a completely different perspective than driving. From a landscape perspective this means being able to look at the front yard landscapings (or lack of them of) for the residences along route. It also is a much more sensory experience, a true feeling of distance as it relates to human scale. On Monday the sensory experience was profound as I was drenched from head to toe.

The other curiosity was the lack of bikers on the road. Marin is touted as one of the strongest areas in the country for bicycle activism, such as the Marin Bicycle Coalition, who helped bring home a lot of cash in the latest transportation bill for bike path pilot programs. Marin also has a significant history in the evolution of mountain biking. So why then is it that there are not more bikers commuting on the road? Sure, there are hoards of weekend warriors in west Marin, around the skirt of Mt. Tam, and in China Camp, but where are they during the week?

Maybe this is something that is more prevalent in southern Marin, but in the north part of the county, I don’t see very many bikers. We certainly can’t hold a candle to Holland, where bicycling is a means of transport primarily, rather than a recreational pursuit. 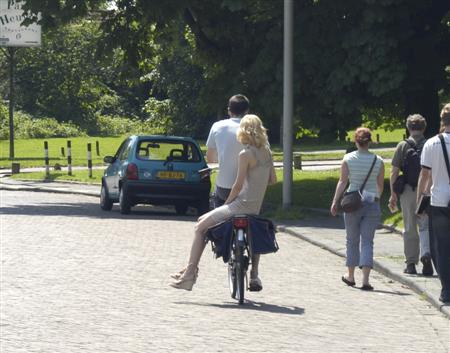 When was the last time you saw a scene like this in Marin? 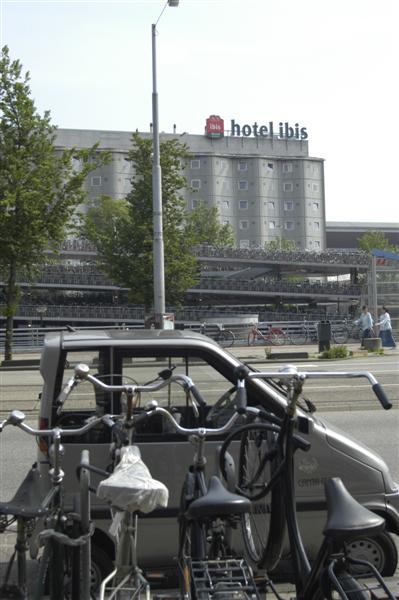 Bikes and a very small car in Amsterdam. The structure in the background is bike parking with 10’s of thousands of bikes