Landscape Architecture magazine had its cover feature this month on Lawrence Halprin’s redesign of the Stern Grove Amphitheater off Sloat boulevard in San Francisco. The amphitheater had deteriorated quite a bit after 75 years of use, and after a 20 million dollar renovation debuted in the summer of 2005 with free concerts every Sunday. Halprin helped transform it with his signature focus on using stone- one of his key inspirations was the ancient Greek amphitheater. 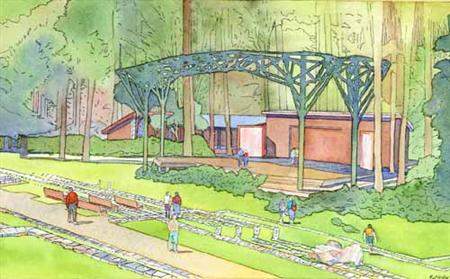